International Day of Peace: A Prayer

A prayer for those impacted by Hurricane Florence 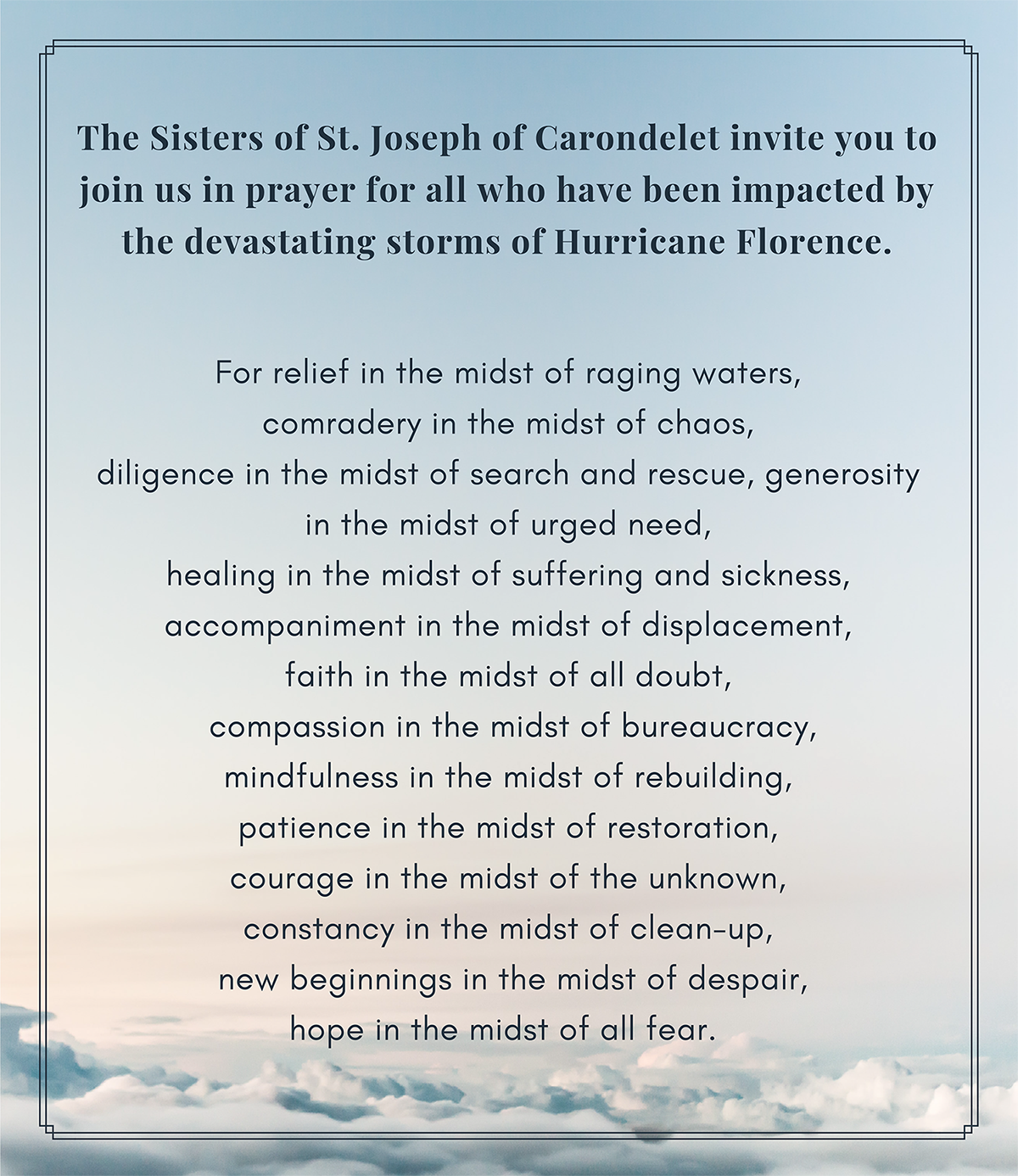 Friends Beginning the Journey Together

Before making a commitment, people who are interested in becoming Consociates participate in a two year candidacy program. During this time, candidates have “companions” who accompany them on the journey of candidacy.

In this picture, Consociate Candidate Rosemary Curran and her companions Linda Taylor and Peg Schwendeman are at Peg’s house. They spent some time together exploring the area near Peg’s home where she has restored a great deal of land to native prairie. This is what Peg had to say about the picture:

“We were beginning on one of the paths I have through my prairie area. The prairie is moving into its autumn native grasses and goldenrod phase. Each season has a different look and flowers. I thought of it metaphorically as “ friends beginning the journey together” since we are heading in on the adventure of Rosemary’s candidacy.” 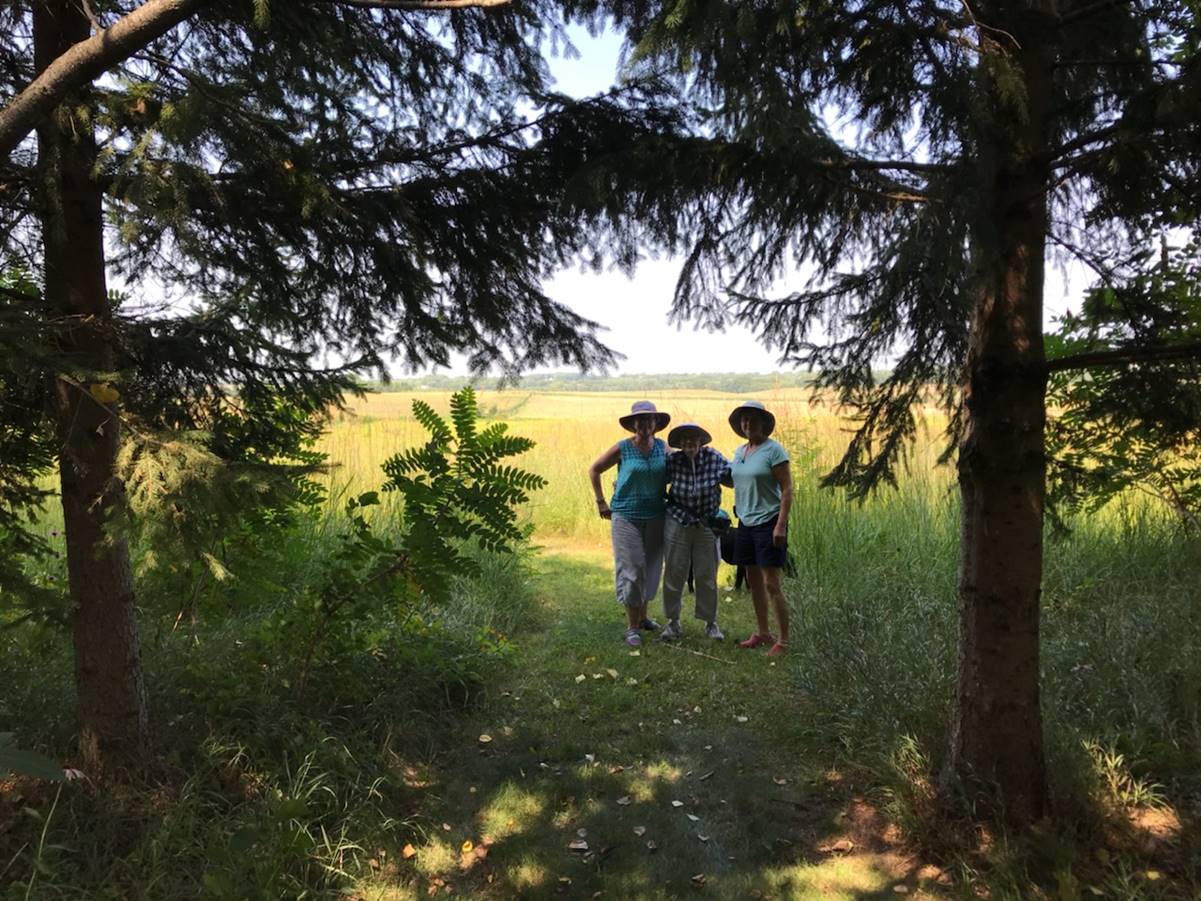 The US Federation of the Sisters of St. Joseph Recommits to Addressing Racism

In the presence of constant and painful reminders of the deep roots of racism in our country, we, the U.S. Federation of the Sisters of St. Joseph join with the Leadership Conference of Women Religious (LCWR) in committing to the critical work of creating communion, examining the root causes of injustice and our own complicity, and purging ourselves, our communities and our country of the sin of racism and its destructive effects.

Following in the footsteps of Jesus, we commit ourselves to examine the root causes of injustice, particularly racism, and our own complicity as congregations, and to work to effect systemic change as we struggle to ensure immigrant rights, promote non-violence and protect Earth and its biosphere.

We pledge prayer, education, and advocacy and commit to using our collective voice, resources, and power in collaboration with others to establish justice, which reflects God’s abundant love and desire that all may have life.

Actions We Can Take

God of love and mercy, touch our hearts and call on us to acknowledge and respect the “dear neighbor” in our midst. We pray for openness in our hearts to reject racism and all discrimination against our sisters and brothers. Inspire us to be agents of unity who embrace those who cross our paths with love and acceptance.

Promote Our Values on the Supreme Court

In the coming weeks, your Senators will be voting on the nomination of Judge Brett Kavanaugh to the Supreme Court. We believe that Senators need to ask serious questions about Judge Kavanaugh’s record — specifically about healthcare and the Affordable Care Act, immigration, labor rights, voting rights and democracy, and the death penalty.

The Sisters of St. Joseph invite you as people of faith to sign NETWORK Lobby’s Sign-On Letter to Senators about their consideration of Judge Kavanaugh.

The US Federation of the Sisters of St. Joseph Condemns the Ongoing Violence in Nicaragua

The U.S. Federation of the Sisters of St. Joseph has released a statement condemning the violence occurring in Nicaragua. You can find the statement below and online at: http://www.cssjfed.org/images/Pdfs/Nicaragua-Corporate-Voice-Statement.pdf.

The U.S. Federation of the Sisters of St. Joseph joins the Leadership Conference of Women Religious (LCWR) in their deep concern about the growing repression and state-sanctioned violence in Nicaragua. Citizens’ voices have  been  silenced  and their  peaceful  protests  violently  suppressed. Citizens  —  including campesinos and campesinas — doctors, students, religious, and clergy have been abducted,  tortured,  and  killed.  The  UN  High Commissioner for Human Rights, Zeid Ra’ad Al Hussein, reported that over a two- month  period  from  mid-April  to   mid-June  at least 178 people were killed, the vast majority at the hands of police forces and armed  pro-government  groups,  and  at   least  an  additional  1,500  were wounded. We expect that those numbers have climbed significantly in the past weeks.

As a country that Sisters of St. Joseph have served in, we are horrified to hear of the injustices occurring against our “dear neighbors” in Nicaragua. The U.S. Federation stands firmly in solidarity with the people of Nicaragua and all of our brother and sister religious who continue to demand justice and peace, even in the face of violent attacks. We join with the Nicaraguan Catholic Church in denouncing the violence and with the first Latin American pope, Pope Francis, in calling for a return to dialogue that rejects violence and repression, respects freedom and reverences the lives of all. Finally, we pledge our prayer and promise that we will do all in our power to call attention to the injustice and violence being perpetrated against the people of Nicaragua.

Growing Gardens and Caring for Creation

Gardens come in all shapes and sizes. Planted, grown and harvested by people of all backgrounds and experience. Cultivated by a diversity of hands and minds.

In the CSJ Community, gardens are everywhere you look. Larger, community and communal gardens near the Administration Center and behind Carondelet Center. Smaller, individual garden plots along the trail that wraps around Carondelet Village. And gardens that thrive 1, 2, 3 stories above the ground on terraces.

Each garden has purpose: to feed, to offer aesthetic beauty, to enliven the sense of smell, touch and even sound. Each garden brings and builds relationship with Earth; driving the community further into the commitment of Caring for Creation.

Acts of Chapter 2013, page 6:
“We commit ourselves to act with urgency to protect her (Earth’s) stability and integrity and to celebrate her beauty wherever we are.”

We begin a garden series brought by those within the community. Asking gardeners to share how’s, why’s and tips, and their own connection to Earth and Caring for Creation. Be sure to visit https://www.csjstpaul.org/caring-for-creation/ often as we share more community garden stories.

Read about Mary Ellen Foster, CSJ’s, terrace garden and her connection with Earth >> 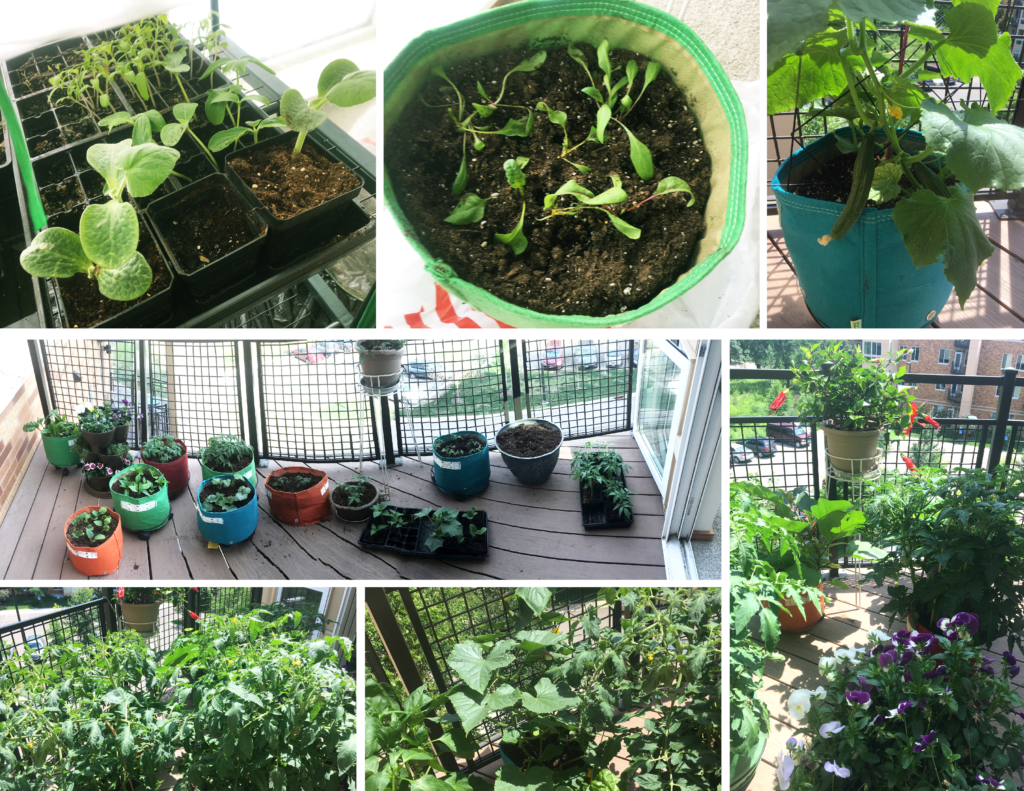 We will not stand for the discrimination of our Muslim ‘dear neighbors.’

The U.S. Federation of the Sisters of St. Joseph has released a statement regarding the US Supreme Court’s decision to uphold the Trump Administration’s Travel Ban. In response, we ask you to consider taking action to express dismay over discrimination of our Muslim ‘dear neighbors.’ To read the full statement and learn more about how you can take action, visit: http://www.cssjfed.org/images/Pdfs/Federation-Statement-on-Travel-Ban.pdf

Let us Not… Be silent! Grow Complacent! Tire from being a witness of love and compassion in the world.

Even with the Administration’s current executive order changing the U.S. Government’s policy of ending “family separation” in immigrant detention, it is disturbing to know that our government has taken over 2,000 kids from their parents in the past few weeks of their “zero tolerance policy.” Hurting children to punish parents and to create a deterrent is immoral. Let us not be silent. Let us remember, now more than ever, who we are at our core.

What can I do? Take action now: 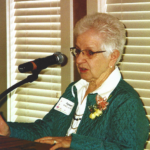 Thursday, May 9th, St. Joseph Academy alumnae honored Agnes Foley, CSJ, (SJA ’55) for her leadership and ministry as founder of Learning In Style, a school where adult immigrants learn English and prepare to become citizens of the United States.

Ag grew up in St. Vincent’s parish in Frogtown, home to many immigrants in St. Paul.  Many SJA grads from St. Vincent’s enjoyed the lunch with her. One speaker noted how amazing it was that over 200 grads came to the lunch although the school closed in 1971. 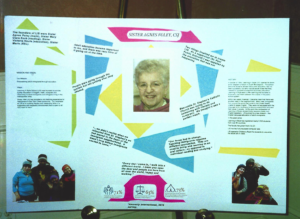 Ag emphasized the CSJ values of Love of God and neighbor, of dividing the city to meet current needs, and choosing to be with the poor, immigrants and all in need of education. She told a touching story of Dahabo, a Somali woman who came to Learning In Style knowing no English and her thrill as she learned how to read. Ag compared it to how many of us were thrilled as we learned to read at age 5 or 6. At Learning In Style, children now come and learn as well. The diversity of many different nations and cultures enriches all who come.

Ag offered these words from Pope Francis as confirmation of the experience of many at Learning In Style: “When we turn our gaze to the migrants and refugees, we discover that they do not arrive empty-handed. They bring their courage, skills, energy and aspirations, as well as the treasure of their own cultures; in this way, they enrich the lives of the nations that receive them.”

Congratulations and thanks, Ag, for your remarkable work in founding and leading Learning In Style! 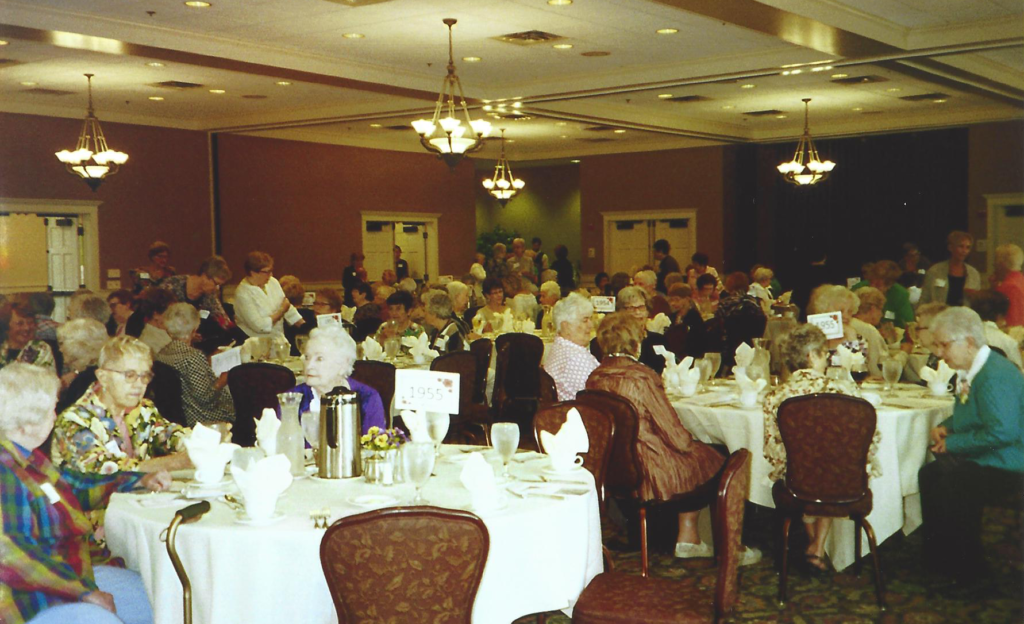