You are here: Home » Consociates » Meet a Consociate

Being an only child from a Mexican family, originally from east-central New Mexico who moved to Minnesota in the early 1970’, I’ve felt like a cultural island. It wasn’t until college at St. Catherine’s that I began to embrace my individuality and my intellectual curiosity as espoused by the CSJ mission.

While raised Catholic, I wasn’t spiritually satisfied. Finding a Presbyterian Church home in Chicago, I reveled in spiritual growth and worship. Back in the Twin Cities for six years, God has led me to reconnect with the CSJs and rekindle my commitment to ministry in whatever form that means for me.

I have sought to live my life through love of God and others without distinction.Now that a pioneering community holding this charism has found me, I delight at the prospect of serving God with such an intellectually-, spiritually- and theologically-based community. 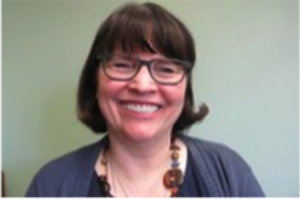 I have never been Catholic, but I always had an affinity for the Roman Catholic Church. I grew up in a small town in a Catholic neighborhood. I was taken to confession with my friends as a girl (and made to do penance), treated to saint stories under the dark summer skies (which often scared the tar out of me) and told to pray to Jesus, Mary and Joseph, who were buried under three posts in Mitchell, South Dakota.

I love so many things about the Church. I felt that I finally felt and came to believe that I was lovable by Jesus at the Newman Center in college. I became a good friend with a Franciscan Sister and attended many outstanding retreats in Rochester and Door County, and was so personally and deeply moved by the ritual, which was new and contemporary.

Then I found Sarah’s Oasis and the Care Center associated with the Sisters of St. Joseph of Carondelet, and I knew that this was what I wanted to be about. These were the people who I wanted as my community. I am amazed myself. 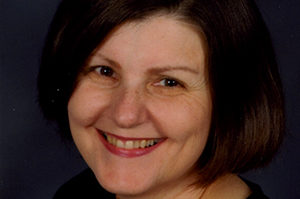 I was born and raised in St. Paul where I was educated by CSJs at St. Mark’s Catholic School and at St. Joseph’s Academy. I majored in psychology and I have worked in the social services for almost 40 years at nursing homes and with persons with developmental disabilities and mental illnesses.

I currently work part-time as a psychologist and I am looking to retire in the next two years. I have known CSJs in my various churches and I have attended many Wisdom Ways events. As I move toward retirement, I am looking for a supportive and hopeful community that balances spirituality with a concern for justice and compassion. I love the performing arts and have studied piano, voice, dance and some acting. In addition to church ministries, I perform in a madrigal group at the Ren Fest. I currently live with my cat Sophie in north Minneapolis. 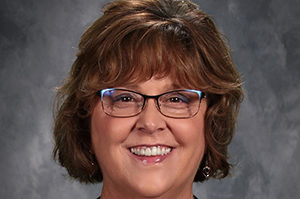 It is with excitement and gratitude that I begin my journey as a CSJ consociate candidate. I am passionate in promoting public mindfulness regarding the challenges of hunger and homelessness, and social justice issues related to women and those who identify as LBGTQ. I hope to inspire those who are able to move from observation to participation and engagement.

I am a mother of four beautiful children, a daughter to two amazing parents, a partner to one wonderful woman, and I am blessed to have a wide-circle of friends. My chosen career field lands in the area of community engagement. In this capacity, I happily serve at Sarah’s… and Oasis for Women.