A Call to Action from a Woman of Justice and Joy: A Conversation with Minnesota Supreme Court Justice Anne McKeig 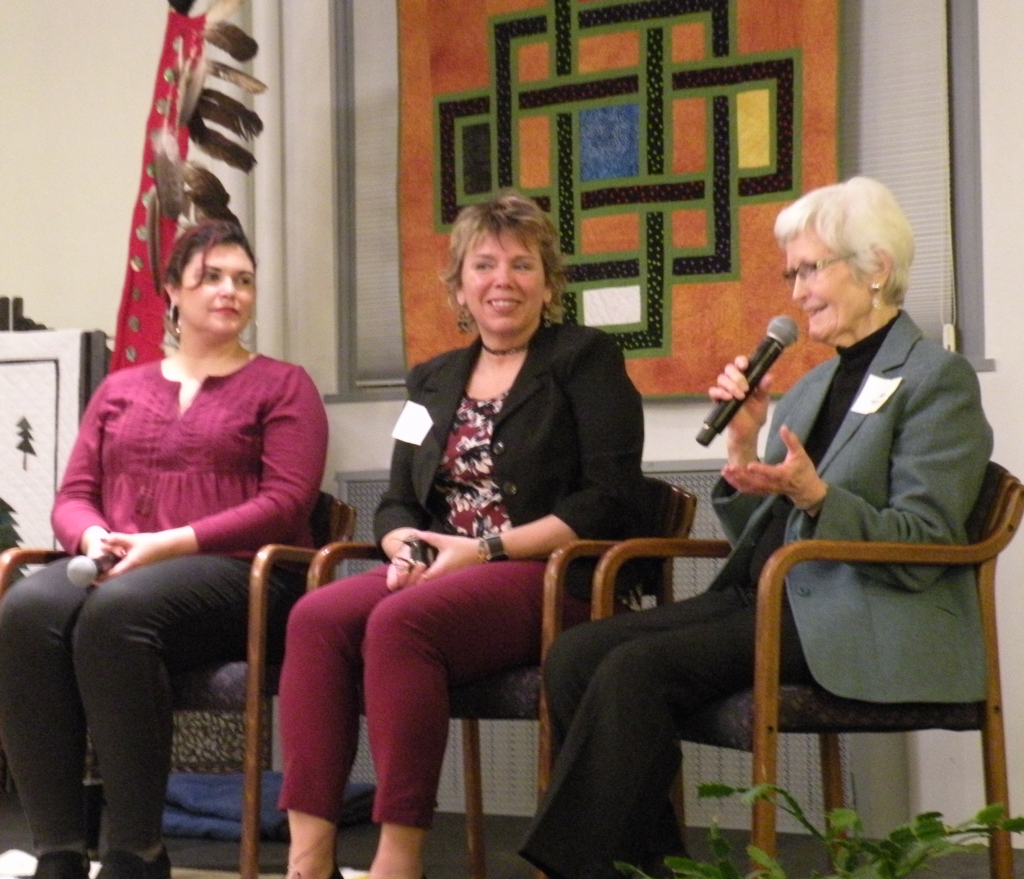 Minnesota Supreme Court Justice Anne McKeig joined nearly 200 community members for a rich evening of conversation, ritual, music, justice, and indigenous food on February 8th hosted by the Native American Awareness working group of the CSJ Justice Commission, the church of Gichitwaa Kateri, and Wisdom Ways.  The room was filled with Larry and Claire Martin’s gifted flute music and singing along with the smell of sage carried by Native youth for smudging to purify and cleanse the space.  As Shawn Phillips from Gichitwaa Kateri said, “Let the sage wash over us and cleanse us.”  Larry and Claire Martin, La Courte Oreilles Nation gifted us with flute music and singing of “The Pipe-filling Song” and “The Song of Four Directions” in the Ojibwe language.  Maureen Headbird, a member of Leech Lake Nation, pipe carrier and Kateri trustee, blessed the group and opened our evening with a Pipe Ceremony.

The evening conversation began on stage with Anne McKeig, Sr. Ann Redmond, CSJ and Jessica Lopez Lyman, a St. Kate’s alum and current post-doctoral student.   Anne shared her life’s path from growing up at Federal Dam, MN (current population, 106) to stories of her spirited days at St. Kate’s in classrooms and residence halls with various CSJ sisters to becoming a Justice on the Minnesotan Supreme Court.  Anne shared her passion for protecting abused and neglected children in the child protective system which she stated was “the most important job I ever had” for 16 years in the County Attorney’s Office.  “Every person in this room has a responsibility to these children,” Anne shared.  The current system is overburdened and in crisis; “This is Emergency-Room justice right now.”  These kids need to be seen and cared about. 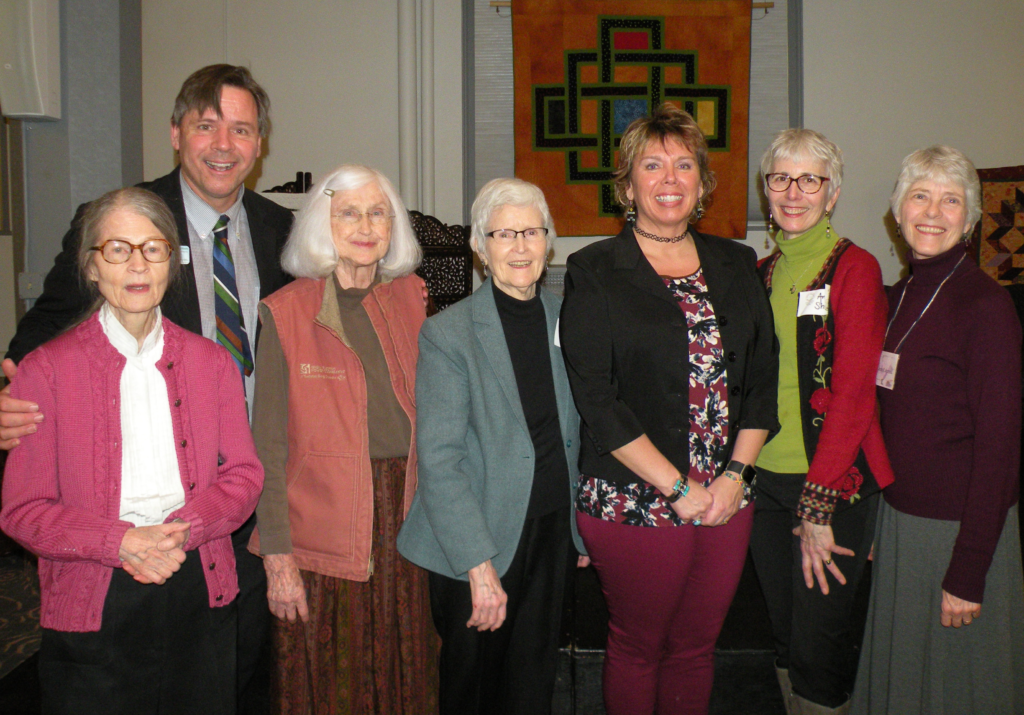 Anne was an artful and masterful storyteller weaving together passionate advocacy and positive energy so that the gathered crowd felt inspired and energized rather than hopeless by the scope of work to be done.   McKeig shared how being with the CSJ sisters gave her a sense of being a part of something, and a secure home among other strong women with goals. Life there “was the foundation for everything moving forward” because she gained a sense of confidence, worthiness, and her own value. Anne also found inspiration and encouragement in the role model of strength in her own mother, Cecila, a much-loved St. Kate’s grad, who was with us for the evening.  She also shared how her mentors were crucial throughout in her life including when she applied for the MN Supreme Court Justice.  Justice Robert Blaeser, a judge from white Earth Nation, challenged her, “This isn’t about you; it’s about our community. Our community needs someone to speak for us. The Indian community needs a voice!”  Taking the step to apply for the MN Supreme Court Justice, even though she was very hesitant, was part of her duty and obligation as a tribal member.  The tribe depends on her and those like her to do this work. She emphasized this point repeatedly. In this story, she shared the commitment and struggle it sometimes takes to be a real leader and inspired the youth in the room to do the same.  She emphasized this point repeatedly throughout the evening that the tribe depends on her and those like her to do this important work.

Anne had masterful storytelling expertise, weaving together passionate advocacy and positive energy so that the gathered crowd felt energy and momentum rather than hopeless by the scope of work to be done.  While keeping her energy positive, she sounded the sobering alarm- we cannot leave this to the “professionals” “It’s too big a job to leave to a small group of overworked social workers.  “Every person in this room has a responsibility to these children.” The current system is overburdened and in crisis; “This is Emergency-Room justice right now.”  Anne was very persuasive, conveying the dire life circumstances to us in an energizing and motivating way. She urged each of us to learn about the child welfare system, view the good work done in the drug courts, be a Big Brother or Big Sister, volunteer, or become a guardian. These kids need to be seen and cared about. Forming relationships builds a much-needed, rock-solid base. Be a supporter. Be willing to advocate for them. “Never, never, never give up on them.”  She described the long-term benefits and impact of “being there and doing something” and how grounding it is for children when someone cares. She frequently hears thanks and stories of changes made in their lives many years later.

Anne McKeig was honored with a hand-made, inscribed quilt honoring her bear clan by Susan Swartling.  The evening concluded with flute music and singing of Psalm 118 in Ojibwe, desserts served by the Dream of Wild Health Garden Warriors, and Shawn Phillips reminding us all, “Migwetch, Migwetch, Migwetch. We are forever connected. May we walk together in Justice.”