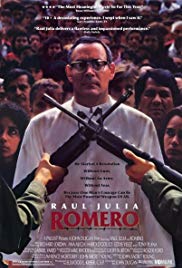 The life, work and death of El Salvadoran Archbishop Oscar Romero will lead into the 40th anniversary of his assassination on March 24, 1980. Filmed in 1989 and featuring Raul Julia in the title role, the movie focuses on the last three years of Romero’s life. This moderate Catholic intellectual, a product of the institutional church, underwent a conversion experience in which the assassination of his friend Father Rutilio Grande played a key role. Romero’s compassion for the poor made him their outspoken advocate during the Salvadoran civil war and it cost him his life. This martyr was canonized in 2018 by Pope Francis.