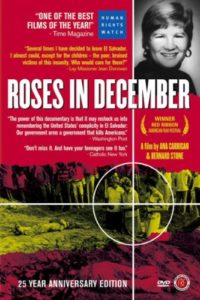 Join us for the first in this two film screening and conversation series that stretch our concept of “welcome”  and “home”  and the significance that listening  plays. Each film reflects on real people and events and the role that open-heartedness across cultures plays.

This award-winning 1982 documentary tells the story of four North American women missionaries murdered in El Salvador on December 2, 1980. Focusing specifically on the story of lay missioner Jean Donovan, who left her home and comfortable life in the U.S. to respond to the needs of war-torn Salvadorans, the film gives us a glimpse into Jean’s wide understanding of love and heart full of hospitality. Her colleagues, nuns Maura Clarke, Ita Ford and Dorothy Kazel, were her companions in life and in death.

Learn more about the first film in this series: Burning Memories.